If you wish to reach us, Box Office Hours are W & F 3-6PM and up to one hour before showtimes at 2146 McCulloch Blvd.

Tickets can also be purchased up to one hour before show times.

STARTING AUGUST 2, Box Office Hours will return to M-F 3-6PM and up to one hour before showtimes.

August 2-13: Current 3 Show Season Ticket Holders and Sponsors can order & purchase tickets at the Box Office window or by phone. Season tickets can NOT be ordered through the internet.

August 16-20: New 3 Show Season Ticket Holders can order & purchase tickets at the Box Office window or by phone.  Season tickets can NOT be ordered through the internet.

Starting August 23: Single tickets sales for the new 3 Show Season are available for purchase at the Box Office window, by phone and online. 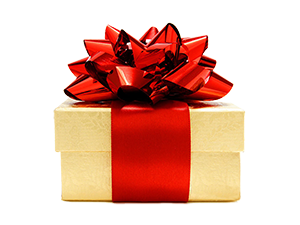 Give the gift of theatre; gift certificates are available at the Box Office

Journey “under the sea” with Ariel and her aquatic friends in Disney’s The Little Mermaid, Jr., adapted from Disney’s Broadway production and the motion picture. Based on one of Hans Christian Andersen’s most beloved stories, the story is an enchanting look at the sacrifices we all make for love and acceptance.

Disney’s The Little Mermaid, Jr. is presented through special arrangement with MTI Productions. All authorized performance materials are also supplied by MTI.  www.mtishows.com

Disney’s MOANA JR. is a musical adaptation of the 2016 animated film, bringing the adventures of Moana and her village of Motunui to life onstage. Moana JR. features all the beloved songs from the film, written by Tony®, GRAMMY, Emmy, and Pulitzer Prize-winning composer Lin-Manuel Miranda, Opetaia Foa’i, and Mark Mancina, including How Far I’ll Go, Shiny, and You’re Welcome. This thrilling and heartwarming coming-of-age story follows the strong-willed Moana as she sets sail across the Pacific to save her village and discover the truth about her heritage. Moana and the legendary demigod, Maui embark on an epic journey of self-discovery and camaraderie as both learn to harness the power that lies within. With empowering messages of bravery, teamwork and selflessness, MOANA, JR. is sure to bring out the hero within each of us.

“Consider yourself at home” with the classic musical, OLIVER! based on the Charles Dickens’ beloved novel, Oliver Twist. The story is set in Victorian England and chronicles the orphan boy’s search for home, family and most importantly, love.  Oliver’s adventures start with his mistreatment in a London workhouse, becoming a neglected apprentice of an undertaker, and escaping to find acceptance among a group of petty thieves and pickpockets led by the elderly Fagin.

The London Bridge is featured in OLIVER!  and this year, October 2021, commemorates the 50th anniversary of the opening of Lake Havasu’s landmark, the world’s largest antique.  Not only is the bridge an important setting in the story but it is also symbolic.  Bridges exist to link two places that would otherwise be separated by an uncrossable chasm. The meeting on the London Bridge represents the collision of two worlds unlikely ever to come into contact—the idyllic world of Mr. Brownlow and Rose, and the atmosphere of degradation in which Nancy lives. On the bridge, Nancy is given the chance to cross over to the better way of life that the others represent, but she rejects that opportunity, and by the time the three have all left the bridge, that possibility has vanished forever. The present bridge (built in 1972) is the fourth London Bridge in England and replaced the bridge which was sold and rebuilt in Arizona, USA.  The steps on the west side of the south end of London Bridge are known as Nancy’s Steps from Dickens’ Oliver Twist.

OLIVER! is presented through special arrangement with MTI Productions. All authorized performance materials are also supplied by MTI.  www.mtishows.com

Andrew Lloyd Webber and Tim Rice’s EVITA charts the rags-to-riches rise of the First Lady of Argentina, whose ultimate social and political power and influence earn her both admiration and hatred.  Set in Buenos Aires between 1934-1952, the musical follows Maria Eva Duarte de Peron on her journey from fatherless child to ambitious actress to the most powerful woman in Latin America, after marrying military leader turned president, Juan Peron.  The events in Evita’s life are presented in song and editorialized by the show’s guide and commentator, Che. This blockbuster musical was made even more famous as a 1996 Hollywood film starring Madonna and Antonio Banderas.

EVITA is presented through special arrangement with Tams-Widmark/Concord Theatricals. www.concordtheatricals.com

Christmas Carol: The Musical  is a spectacular extravaganza that ran for ten years at Madison Square Garden in New York City and was the basis of an NBC Hallmark Entertainment special. In this musical version of Charles Dickens’ beloved holiday redemption tale, Christmas Eve arrives and the miserly, Ebenezer Scrooge drifts into slumber cursing the holiday spirit.  A trio of ghosts descends upon him with a look at the past, present, and the future of Christmas and offer a new perspective on the holiday that Scrooge so vehemently loathes.  Bring ALL your family and friends to revel in the emotional power and joy of the classic seasonal story.

A CHRISTMAS CAROL is presented through special arrangement with MTI Productions. All authorized performance materials are also supplied by MTI.  www.mtishows.com

GraceArts Youth Theatricals Fundraiser, NEW YEAR’S EVE WEEKEND ONLY!  Down home country humor, true emotion and unforgettable hits of Country Music Mega Star, Patsy Cline played by Lauren Blain converge in this inspirational show told through the letters of her friend, Louise Segar, portrayed by Alyson Chapin.  This funny and touching tribute celebrates the career and life of the singer of who died tragically in a plane crash in 1963. Crazy, I Fall to Pieces, Sweet Dreams and Walking After Midnight are just a few of the 27 featured songs!